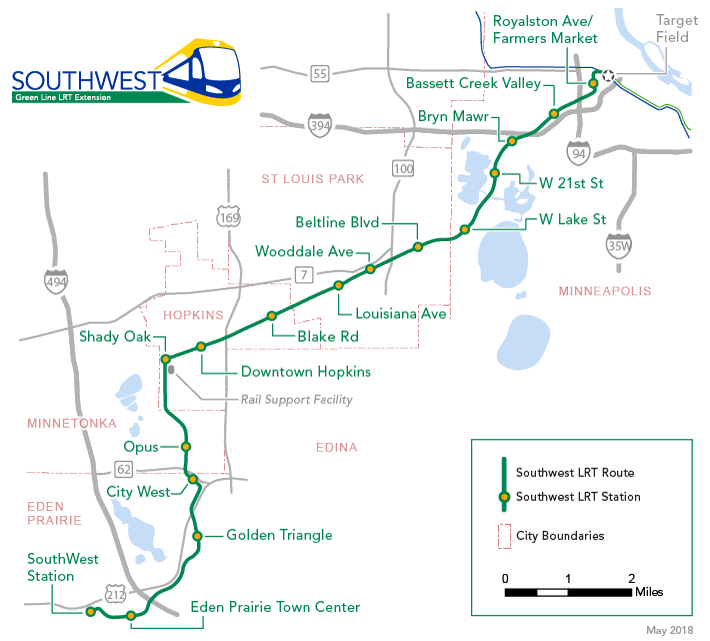 About the Green Line

More precise construction and project timelines will be developed by the contractor. This timeline is tentative and subject to change.

Take a virtural flyover tour of the Green Line Extension.

Discussions regarding the Southwest Transitway began in 1980, when the Minnesota Legislature directed the Metropolitan Council to conduct a feasibility study of light rail transit (LRT) in the metro area, including a Southwest corridor. It concluded in 1981 that an LRT line showed promise. In the late 1980s additional study was done on the Southwest corridor and it showed LRT appeared to be a viable transportation solution.

From 2008–2010, the three Southwest Transitway LRT routes identified in the Alternatives Analysis underwent an environmental study, called a Draft Environmental Impact Statement (DEIS). At the end of this study, alignment 3A was selected as the Locally Preferred Alternative. An application was then made to the Federal Transit Administration to enter Preliminary Engineering. The Southwest LRT (now called the Green Line Extension) was granted permission to enter Preliminary Engineering in September 2011.

Other resources, reports and documents

Free viewers are required for some of the attached documents.
They can be downloaded by clicking on the icons below.